Piers Morgan has hit out at Kim Kardashian for her participation in a protest against social media’s attitude towards online hate speech.

The Keeping Up With The Kardashians star, 39, has joined a legion of stars in throwing support behind the #StopHateForProfit, which will see her freeze her Instagram and Facebook accounts to highlight the issue.

Yet Piers, 55, who has been very vocal in his disdain for the reality TV dynasty, insisted she ‘spouts hate’ online and urged her to ‘quit permanently’. 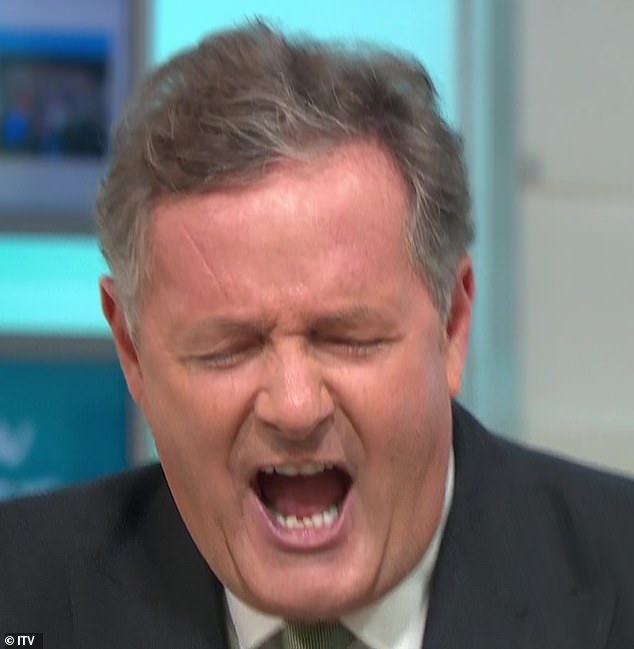 Piers spoke on Wednesday’s Good Morning Britain about the campaign, which is designed to highlight the inadequate action taken by social media bosses.

Facebook Vice President, Nicola Medelsohn, appeared on the show to discuss the freeze, which Kim highlighted with a new post.

Kim penned: ‘I can’t sit by and stay silent while these platforms continue to allow the spreading of hate, propaganda and misinformation — created by groups to sow division and split America apart — only to take steps after people are killed…

‘Misinformation shared on social media has a serious impact on our elections and undermines our democracy.’

On Tuesday, Kim’s husband Kanye West launched a bitter feud with record bosses, in which he likened the disagreement to slavery.

Piers highlighted that due to this form of ‘spouting hate’, Kim was essential acting hypocritically as she is lobbying for the end of social media hate.

He then responded to her tweet to pen: ‘Quit permanently if you care that much, but you won’t because they make you too much money.’

On the show, he went on: ‘Some of the people shouting the loudest about hate speech… turn a blind eye when it comes closer to home.’

His outburst is the latest in a string of venom poured upon the reality show dynasty, as last week he launched a scathing attack on the Kardashian clan following the announcement their reality show is coming to an end.

Discussing the news on Wednesday’s episode of Good Morning Britain, the host did not hold back with his withering scepticism as he claimed that the show’s poor ratings must be the reason for the cancellation.

The broadcaster went on to state that Kim would have been pleased by Kanye’s recent mental health episodes as it would provide content for upcoming seasons.

Kim shocked fans last Tuesday by announcing that her family’s iconic reality show, Keeping Up With The Kardashians, is ending after 14 years on air, but did not give a reason for the decision.

Fela Kuti’s Sons Remember Him 20 Years After His Death

Blackface At ‘War’ With 2face Again