Report says, South Korea has condemned as “an act of brutality” the death of an official who it claims was shot by North Korean soldiers near the countries’ maritime border, and called for those responsible to be punished.

The defence ministry in Seoul said the 47-year-old oceans and fisheries ministry official had been killed and his corpse burned after disappearing from an inspection boat in waters off the western border island of Yeonpyeong on Monday.

“North Korea found the man in its waters and committed an act of brutality by shooting at him and burning his body, according to our military’s thorough analysis of diverse intelligence,” the ministry said in a statement.

“Our military strongly condemns such a brutal act and strongly urges the North to provide an explanation and punish those responsible. We also sternly warn North Korea that all responsibilities for this incident lie with it.” 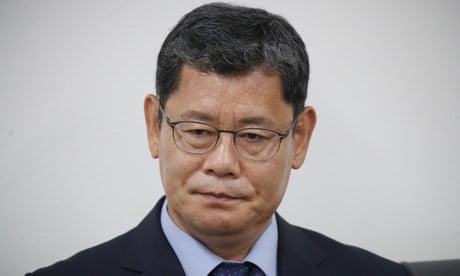 South Korean media reports said the official, who has not been named, went missing from the inspection vessel about 10km south of the de facto maritime boundary between North and South Korea while investigating claims of unauthorised fishing.

Colleagues noticed the man, who reports said ended up in North Korean waters, was absent from lunch and found only his shoes on the vessel, sparking a search involving ships and aircraft, Yonhap said.