“Amal and George are even planning a welcome party for the twins on their third wedding anniversary, when they will also be renewing their vows in front of close family and friends,” an insider said, adding that the human rights lawyer is considering scaling back her workload.

“Amal has made a vow to George that she’ll take an extended leave of maternity, pull out of dangerous cases and take on lower-profile work for a while,” adds the source.

“She wants to be home as much as possible for the babies.”

The actor and his 39-year-old wife are said to have taken to parenthood perfectly.

George’s close friend Rande Gerber, the husband of supermodel Cindy Crawford, also spoke recently about who the babies, who are yet to be introduced publicly, take after.
“Cindy and I went to London and went to their house and spent some time with them,” he said in May.

“The kids are the perfect mix of George and Amal. I mean, they really are so cute!”

MEL B PUTS ON A BRAVE FACE

LOOKING slimmer than ever, Mel B stepped out on the red carpet for the first time since her divorce woes (above). The 42-year-old star showed off her new slender physique in a figure-hugging pink latex dress at a photo call for America’s Got Talent on Tuesday.

She put on a brave face in the midst of her troubles, which include a court hearing that revealed how she “blew her multimillion Spice Girls’ fortune” as proceedings got underway in her bitter divorce battle.

Mel B files for divorce from husband Stephen Belafonte

In an LA court last week, the mum-of-three faced estranged husband Stephen Belafonte, who she says tortured her with years of physical and mental abuse. The pair both have outstanding tax debts after making improvident lifestyle choices, the LA Superior Court was told. Belafonte’s lawyer said:
“She wiped out all her Spice Girls’ money, about £50million if not more.”

Reports also now claim Mel has just £961 in one of her company’s bank accounts due to her “extravagant lifestyle”. 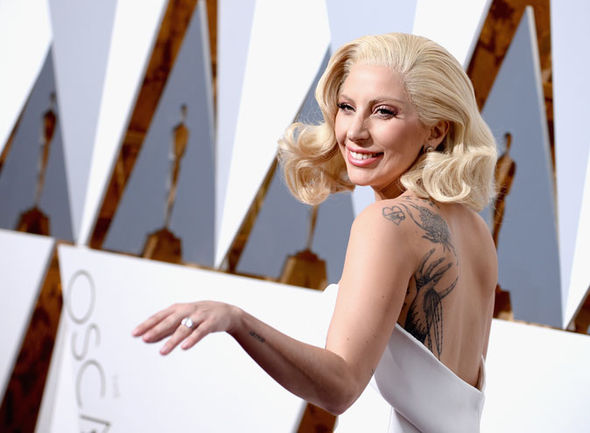 Lady Gaga admitted she was fond of Ed Sheeran

LADY GAGA says Ed Sheeran deserves love and respect after he recently quit Twitter. As we reported yesterday Ed, 26, has stopped using the social media platform because of the abuse he received from other users, some of whom have been Gaga fans. Alongside a photograph of herself with Ed, Gaga wrote on Instagram: “What an incredible, talented artist I LOVE ED.

He deserves all our love and respect like all humans do.

“I wish all people on the internet would be positive and loving and a part of creating an online community that is kind and empowering, not hateful and mean.

“No reason to tear down an artist simply because they are on top. Work harder to be kinder everybody. That should be your first duty to humanity.”

ALSO READ: Tupac broke up with Madonna because she was white?

ANNETTE BENING has been named the president of the Venice Film Festival. The 59-yearold actress, who is married to actor Warren Beatty, is the first woman in 11 years to be awarded the position since Catherine Deneuve in 2006.

Four-time Oscar nominee Annette said: “I’m honoured to be asked to serve as the president of the jury for this year’s fi lm festival. I look forward to seeing the movies and working with my fellow jury members to celebrate the best of this year’s cinema from all over the world.”

Welcoming the American Beauty star, the event’s director Alberto Barbera said: “It was time to break with a long list of male presidents and invite a brilliant, talented and inspiring woman to chair our international competition jury. I am extremely happy that Annette Bening has accepted this role.”