The actor died on 23 November and was buried on Thursday.

She told the paper that Sachs had been diagnosed with dementia four years ago.

On his role of Manuel, Sachs had told the BBC in 2014: “It was just a part I was playing and people seemed to laugh.”

Manuel was one of the most imitated comedy characters of the 1970s. 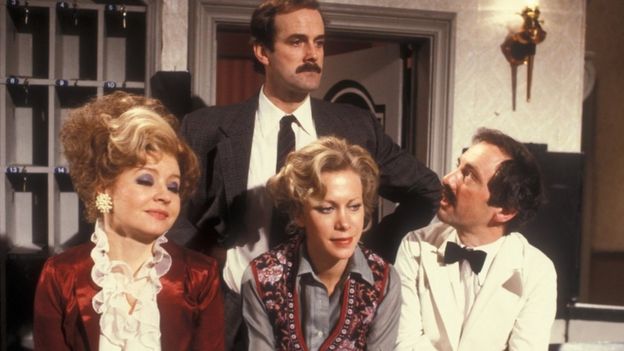 The waiter, who famously hailed from Barcelona, often said little more than the word “Que?” to generate laughs, but arguably his most famous line was “I know nothing”.

Sachs, who was born in Berlin in 1930 but fled Germany for London in 1938, had dozens of other acting roles, both serious and comic – including stints in TV’s two biggest soaps.

In 2009, he played the role of Ramsey Clegg, half-brother of Norris Cole, in ITV’s Coronation Street and in 2015 he briefly joined the BBC’s EastEnders as Cyril Bishop.

He inadvertently became the subject of headlines in 2008 when he received a series of lewd answerphone messages from Russell Brand and fellow BBC Radio 2 presenter Jonathan Ross during a radio show, which related to Sachs’s granddaughter.

The so-called Sachsgate affair resulted in Brand and the controller of Radio 2 resigning. Ross was suspended from broadcasting for three months and a review was held into the way BBC output was vetted.